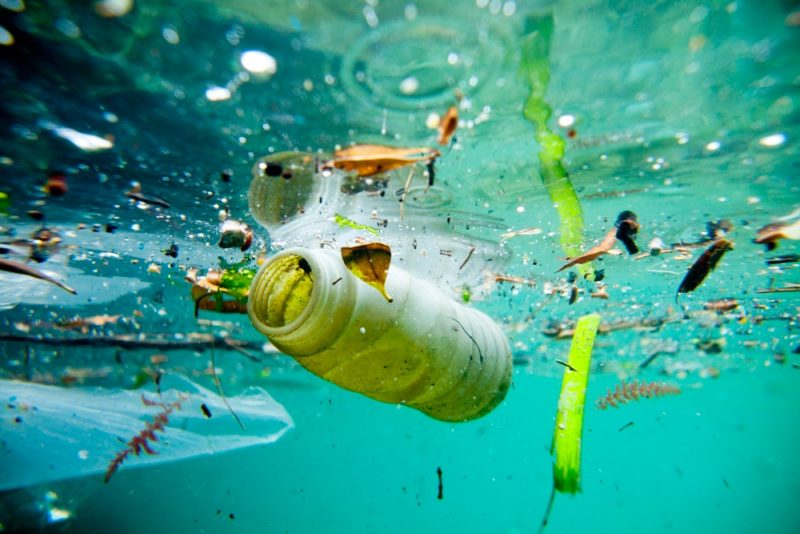 In addition to water borne bacteria, there are other contaminants like chemicals, or other substances that are hazardous to humans. This can happen in many ways. For some time it was common for people to dump liquid waste into rivers, assuming it would simply wash away. Dumping ingredients in paint, and things like PCBs into rivers caused huge problems. Even today many of these problem areas are still being cleaned up. The General Electric dumping of PCBs into the Hudson River resulted in a multi-decade, ongoing, clean-up effort, most recently the new dredging project on the Hudson River.

Other pollution can consist of plants that are not native to a body of water. Milfoil in America is a huge problem because it has no natural predators. Milfoil thrives in areas where pollutants exist, so it is common for milfoil to take over areas of polluted water, and drive out other plants, and fish, by consuming the oxygen in a lake or other body of water. Milfoil is very difficult to control because boaters frequently ignore milfoil in their boat motor and transport it quickly to other bodies of water.

In many areas of the world, towns and villages rely on wells for water and when underground water sources become polluted they can poison many people. Groundwater sources can also be far harder to clean up than surface water sources. In many cases individuals are responsible for ground water pollution, dumping waste, spent oil, too close to wells, or above underground streams.

There are different ways to measure water pollution. Some involve taking samples of water and trying to determine how much of a contaminant, like a bacteria or chemical, is contained in different areas within a body of water, and using this to gauge the overall amount of pollution. Other methods can be used as well. Some animals or algae are susceptible to specific pollution and can be used to determine what pollution is present in a system.

There are many ways to control polluted water, or to dispose of things that might pollute water. Generally this falls into two categories. One is to treat waste and wastewater, to prevent it from being a pollutant when it is allowed to enter the environment. The other is by disposing of untreatable waste in a special place after separating it from water either permanently or prior to incinerating it. Controlling water pollution broadly falls into the following four categories.

Agricultural Wastewater and Ways to Control It

Agricultural wastewater is primarily runoff from irrigation systems. A lot of this water can have pesticides, or fertilizers neither of which is good for the environment as a whole. The primary means of controlling wastewater is through reuse. By operating a small water treatment facility designed to remove pesticides, and often incidentally fertilizers, farms are able to reuse irrigation water which both saves on the amount of water which needs to be taken from local water sources, and reduces damage to surrounding habitats.

Domestic Sewage and Ways to Control It

Domestic sewage is frequently the byproduct of septic systems. A septic tank, and the structures surrounding it, is essentially a small sewage treatment plant. Rather than filtering waste using a complex with machines, septic systems use dirt in the ground to filter waste, and store the more harmful waste that cannot be treated easily. While these do require being pumped out sometimes to remove the untreatable waste normally a septic tank can last several years before requiring this if it is properly constructed.

Industrial Wastewater and Ways to Control It

There are several ways in which industries can cause damage to water systems. Many industries, even those that use water for very minor purposes that seem not to represent an environmental threat, do because of the volume of water used. There are also industries that have hazardous water as an intrinsic byproduct of their business, like paint factories. Nuclear plants, and other types of energy plants that use boiling water as a means to generate energy, frequently need to release hot water and this can be a hazard to fish and wildlife near these facilities.

Urban Runoff /Storm Water and Ways to Control It

Urban runoff is one of the hardest types of water to treat because the contaminants are a complete unknown. Urban runoff, and storm water, can contain everything from saliva, fast food wrappers, to pretty much any sort of waste. Unfortunately in many cases storm water is put directly into lakes, streams, and rivers. More frequently today storm water is being treated before it is released into the environment, but it is still one of the largest sources of water pollution.