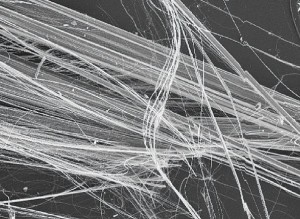 Asbestos is a naturally occurring mineral and is classified in subgroups of chrysotile and amphibole. Amphiboles have got straight, needle-like fibers and are considered more hazardous than chrysotile in relation to short term asbestos exposure. Amphiboles consist of actinolite, anthophylite, amosite, crocidolite and tremolite asbestos.

Exposure usually occurs when the person is not occupationally involved in asbestos exposure. For example, someone who is renovating their home could be exposed to asbestos fibers from old insulation, roofing and tiles for the duration of renovation which could last from a couple of weeks to a few months.

Is There any Health Risk Difference in Short Term and Long Term Asbestos Exposure?

Possible Diseases Due to Exposure

Low levels of short term asbestos exposure is not considered a threat to humans and can generally be overlooked.

You should be concerned of the effects of exposure when the duration has been short, but the amount of asbestos fibers inhaled were way over limits. Especially short term exposure where renovation of a house is concerned, or during shipbreaking, even the microscopic particles could form a cloud of asbestos fibers and be inhaled by you. This is a cause for concern and you should get medical attention as soon as possible.
Asbestosis is caused when excess asbestos fibers get firmly lodged in the lungs and cause fibrosis / lung scarring.

Following are some symptoms caused by asbestosis.

Following are some symptoms caused by lung cancer.

Mesothelioma is a very rare form of cancer of the thin membranes surrounding the lungs / abdomen.
Following are some symptoms caused by Mesothelioma.

The symptoms of disease relating to asbestos inhalation will not show up immediately, usually taking approximately 15 to 40 years to develop.

If you know that you have been exposed to a high level short term asbestos exposure / inhalation, do not just pass it off. It could possibly be developing into an irreversible cancer. Get medical advice from a physician who has experience in asbestos related diseases and also get the required check-ups done immediately. This should be followed by yearly check-ups to for any symptoms of asbestos related disease.