Our properties can host different types of dangerous materials.  A lot of these dangerous materials are hidden away, such as between the walls or in the attic. However, these materials can be deadly in the wrong hands, so it is important to know what’s there and how to deal with it. 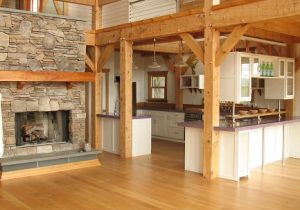 Timber is used in a number of structural applications in a property. It is a component of the frame, as well as being used for decking and landscaping. Timber used in properties is often treated, to improve its resistance against insect infestations, weathering and decay.

All chemicals used for treatment of the wood can turn into little threats to humans and for the environment, especially if they’re inhaled after being disturbed.  This can happen if treated timber is sawn or burned, in which case; sawdust and fumes can be inhaled. Sawing or burning treated timber should be avoided, however, if it is necessary, then safety gear, including a facemask and gloves, should be worn.

Shall lead be used in property construction? 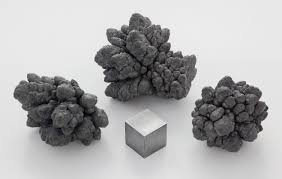 prevalent during and before the ‘70s. Common uses included water pipes and tap fittings, as well as damp coursing and flashing. It was also a common, and major, component of a lot of the paints used in this era, with as much as 50% being used in some paints.

Overexposure to lead can cause lead poisoning, which, if sufficiently acute can be fatal. When handling lead it is important to wear safety gloves and a facemask, and to wash your hands immediately afterwards. If a property has been decorated using lead paint, the best way to deal with it this is to paint over it, thereby sealing the lead. However, this is not always possible, if the lead paint is in bad condition. In this case, paint stripper should be used to remove it, to avoid chipping the paint further.

Why & when is asbestos dangerous?

Asbestos use is now outlawed, however it was a popular building material between the 1950s and 1980s. There is a strong possibility that any property

built between these times contains asbestos. It was used for insulation in the attic and between the walls, as well as in fibro sheets, such as ceilings and roofing. Because asbestos was generally lurks in the skeleton of a property, it can go undetected. However, the effects of exposure to asbestos can cause terminal illnesses such as asbestosis.

However, in some cases, the effects of overexposure to asbestos can take more than 40 years to materialise. If you find asbestos, it is important not to disturb it. When it is disturbed, particles can become airborne and can be inhaled, which are hazardous. Instead, call a qualified professional to come and either cover or remove it.

When does cement become dangerous?

Cement is one of the most commonly used materials in property construction, however, even this versatile and popular material can be dangerous. 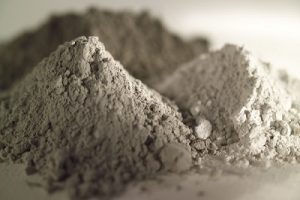 Dried cement poses little threat to humans, however, prolonged exposure to cement can be dangerous, as cement has caustic, abrasive and dehydrating effects on the skin.

Cement contains alkaline compounds, such as calcium oxide, which can even corrode human skin, which can leave a person with severe burns. Unmixed cement in its powdered form is particularly hazardous because it can easily be inhaled, which can can cause damage the lungs. It is advisable to try to keep the amount of time that you are exposed to cement down to a minimum and to always wear the correct safety gear when handling or working with cement.