A Kids Guide to Recycling Glass and Plastic 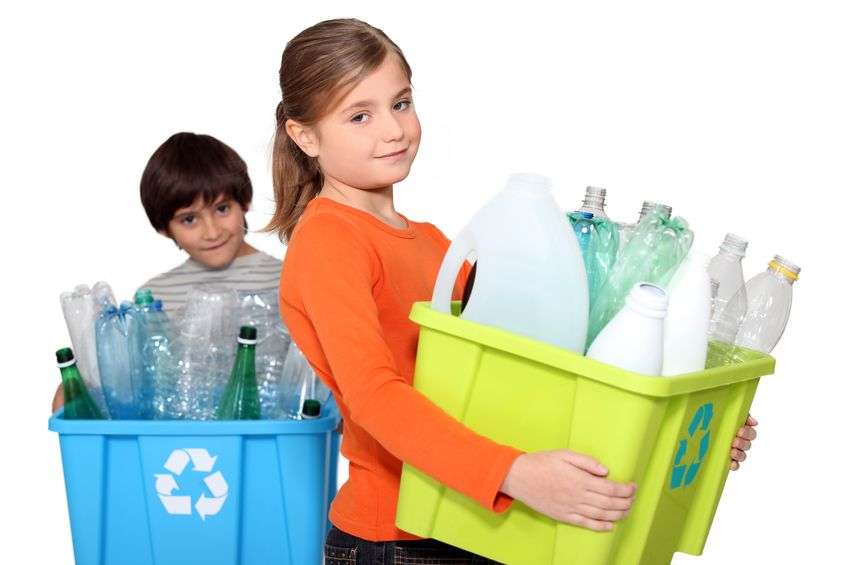 A lot of the things that people use end up as trash in landfills. Over time, the amount of waste piling up in landfills has become huge, and this can lead to some big problems for the environment. Some things people throw away can actually be made into new things, which is known as recycling. When people recycle items instead of throwing them away, it’s possible to reduce the amount of trash going into the landfills. Recycling saves energy and natural resources, which helps the environment, too. It’s possible to recycle glass, many types of plastic, metal, and paper to make new things out of these materials. Another way to recycle some items is to give them to others instead of throwing them away. When you outgrow your clothes, pass them on to someone else who can wear them. Instead of throwing away items such as old shoes or a water bottle, recycle them to help the environment.

Why Is Recycling Important?

Because there are so many people on Earth, the amount of trash produced by every individual person adds up when it all goes into the landfills. If one person throws away about four pounds of trash every day, this adds up to thousands of pounds of trash in one year for one person. Multiplying this by the number of people in the whole world gets to be an astronomical amount of trash! Scientists think that as much as three-quarters of all of the trash thrown away could probably be recycled. Recycling has several benefits. When people reuse things, these items don’t go into the landfills. Keeping trash out of landfills helps the planet because it reduces pollution. Recycling also reuses materials to make new items. Reusing materials uses less energy to make new items, which is good for the environment. Recycling items is usually less expensive than throwing things away in the landfill and making new things.

What Can Be Recycled?

Lots of things are recyclable, but not everything can be used again to make new items. Many paper products are recyclable, including newspapers, magazines, books, egg cartons, old calendars, toilet paper rolls and paper towel rolls, pizza boxes, cardboard boxes, and wrapping paper. Some types of paper are not recyclable, however. Paper or cardboard with a shiny, laminated surface is not recyclable. Old photos are also not recyclable. Glass items are often recyclable. Glass bottles, jars, and kitchenware are recyclable. Even mirrors can be recycled. Don’t recycle old light bulbs, however. Take old light bulbs to a special facility for disposal. Plastic bottles and shopping bags can go into the recycling bin. Many cities tell people to take the caps off of plastic bottles to recycle them separately. If you look at the bottom of plastic containers or bottles, you will see a special symbol with a number. The number tells you how to recycle the item. Most communities will collect plastic items with a 1, 2, 4, 5, and 6 for recycling. Some cities will recycle number 7 items, and some will not. Metal food cans, drink cans, aluminum foil, metal toys, and pots and pans are recyclable, too.

How Can I Recycle?

Everyone can do their part to recycle and help the Earth. At home, start by taking a good look at the items that go into your trash. Whenever you notice things that are recyclable, such as a water bottle, a paper towel roll, or an old magazine, put the item into the recycle bin instead of the trash can. You can also look for ways to reuse items instead of throwing them away. For example, instead of throwing out wrapping paper, wrap another gift with it or use it in a craft project. Reuse plastic shopping bags and plastic containers, too. Instead of throwing away items such as old clothes or shoes, donate them to charity so other people can use them. Old electronics like cell phones or computers could be useful for other people instead of going to sit in a landfill. Organize a system for recycling in your family to make sure that you don’t throw away things that could be reused. With two bins for collecting trash and recyclable items, it can be easy to recycle.

Like
Green living A Kids Guide to Recycling Glass and Plastic