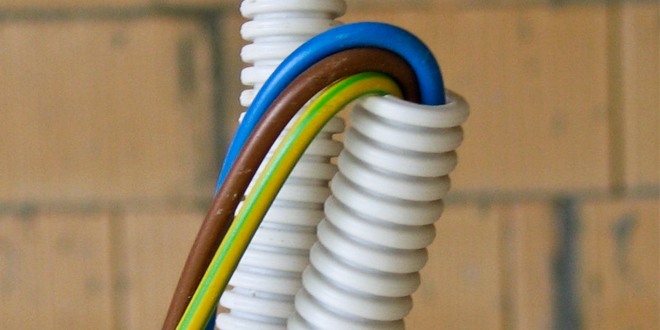 The first thing you will notice when you open up a circuit box is the different coloured wires. Black, red, white — each wire in the box has its own purpose. While the wiring codes might be different all over the world. Electrical wiring colours are colour-coded to indicate the function they serve in the electrical wiring in a house.

The United Kingdom now follows the IEC AC wiring color codes. The table below lists all new and old ones.

Hotwires are the first to supply power to a circuit and carry current to the electrical outlet from the power source.

Colours of hot wires are

Black Wires: These wires carry power from an electrical panel to a destination like a light bulb or an outlet. These wires are termed as hot wires and are a part of household circuits. Black wires are never used for ground or neutral wiring — nor should they be used for any other purpose than carrying live electrical loads.

Red Wires: Red insulation is also used to designate hot wires. They are secondary hot wires in 240-volt installations. Red wires are also used as the interconnection between smoke detectors, which are hardwired into the system. This means that if one alarm is triggered than all others go off simultaneously. A red wire can be connected to another red wire or to a black wire.

White Wires with Black or Red Tape: When a white wire has black or red tape on it, it means it is being used as a hot wire.

Blue and Yellow Wires: Blue and yellow wires are sometimes used as hot wires inside an electrical conduit.

Neutral Wires: The term neutral is a dangerously deceiving term to imply to a non-electrified wire. Neutral wires can also carry power in the electrical wiring in a house.

Ground Wires: These are bare wires which are connected to metal parts in appliances like microwave ovens and coffee pots. They are used as a safety feature if hot or neutral wires have come in contact with metal parts. Connecting a ground wire to the earth eliminates the possibility of shock if there is a short circuit.

Green Wires: Green insulation indicates the grounding of an electric circuit in electrical wiring colors. A green wire can only connect to another green wire. Green wires run from the outlet box to the ground bus bar within an electric panel. This way the green wire can provide a path to the current if a live wire in the circuit touches metal or some other conductive metal.

1. Make Sure the Power Supply is Off
When you are doing a DIY job on repairing electrical wiring, the first step is to be extra mindful of the safety precautions. One of the first steps you should take is shutting down the power at the circuit breaker. Then you need to test the wires and devices for power with a non-contact voltage tester before you start working on them.

3. Make Sure Your Wiring Connections Are Tight
Electricity travels along conductors like wires and metal contacts of outlets and sockets.  Loose connections can disrupt the flow of electricity from one point to another, creating friction and heat.

Very loose connections can lead to a phenomenon called arcing, where electricity jumps in the air from one conductor to another, and create tremendous heat.

The way to prevent fire hazards from loose connections is to make sure the wire connections are tight and have full contact of conductors being joined.

5. An Electrical Box Is Important
National Electrical Code mandates that all wiring connections can be made in an enclosure, like an electrical box. Enclosure act as insulators to protect people from accidental contact with those connections. They also provide means for securing conductors and devices.

Whenever you are taking on a project like electrical wiring in a house by yourself, it is important that you lay a premium on safety, since electrical wiring can be dangerous. It is best to take the help of an electrician in case a DIY job seems too intimidating.

Jason Pitt works with the marketing department of D & F Liquidators in Hayward, CA and regularly writes to share his knowledge while enlightening people about electrical products and solving their electrical dilemmas. He’s got the industry insights that you can count on along with years of experience in the field. Jeson lives in Hayward, CA and loves to explore different cuisines that the food trucks in the Bay area have to offer.