Boiler cover explained : How to choose the best one

What do you understand by the term boiler cover?

This is a type of insurance which covers the cost of servicing and fixing your boiler and your heating system in exchange for payment of a monthly or yearly premium.

You can take advantage of the call-out option to get an engineer that is qualified to fix the problem as quickly as possible. The cover also includes the money for parts and labour.

What are the types of boiler cover available?

There are basically two categories of boiler breakdown cover that you can use. They include:

There are certain boiler cover plans that will for an extra amount, permit you to include additional cover for plumbing, drains, and electronics.

What do you get from the boiler-only heating cover?

Fixing your boiler and controls when it spoils or breaks down, are some of the things covered by boiler-only cover plans. Annual oil-fired or gas boiler maintenance check and service can also be added to the plan; however, if it is not, then you can include it as an extra. Call-out, parts, and labor should also be covered by this plan.

What is included in the full system boiler cover?

Fixing your boiler, its control, as well as other parts of the system like the pump, radiators, and flue, are some of the things covered under the full central boiler breakdown cover. Call-out, parts, and labour should also be included in this plan.

A yearly safety check and service may also be part of the plan; if it is isn’t, you can include it as an extra. You can use uSwitch  to compare different boiler covers from the array of suppliers available online.

What are the perks associated with using boiler cover?

With boiler breakdown cover, you are saved from the worry of looking for a boiler engineer when there is an emergency which in the long run ensures that you don’t have to be without heat or water for long.

It is not always easy or cheap to fix problems that are related to central heating, so with heating cover, you have the peace of mind that comes with knowing that all that is taken care of. It can also help you avoid an unplanned bill for repair that might not be so cheap.

What is not covered under my boiler cover?

What is included or not vary according to the boiler cover plan involved.

There are some boiler cover plans that provide you with unlimited cover and claims every year. While there are others that include a higher financial limit and also set a limit to the number of call-outs available yearly.

There are some things like scale build-up damage to your boiler and heating system that are not included in some boiler plans.

How do I decide which boiler cover level to go for?

Your risk level is what determines the level of boiler cover you choose. A person in a newly built home where everything is new for example, might not need more than the basic, cheap cover. But a person with an older home will be advised to go with a fuller cover, because in this case the fuller cover is a better option for such a person.

How are the prices for boiler cover plans determined?

The prices differ greatly and can be influenced by a number of factors, like:

The extent of the cover involved will also influence the premium.

Boiler-only cover happens to be the cheapest alternative. You’ll spend much more to cover your entire central heating system as well as for a yearly service and oil-fired or gas boiler maintenance check. If you want to make an appraisal of boiler cover plans online, make use of our system.

What are the things to consider when picking a boiler cover plan?

What differentiates companies/policies that are regulated by the FCA and the contracts that are not?

Heating cover plans can be referred to as service contracts, which covers a yearly inspection/service, or heating breakdown cover products, which you can include a yearly inspection and service to. The second is controlled by the independent regulator which supervises financial products known as the Financial Conduct Authority (FCA),

The major difference between these two products is in the manner in which the product is labelled, both the procedure for complaints and tax-service contracts are subject to VAT, while plans that are regulated by FCA are subject to Insurance Premium Tax (IPT) at a customary rate of 5%.

When we say a boiler is beyond economic repair, it means that it is not economically advisable to fix such a boiler. A boiler cover company may decide to offer a one-time contribution to buy a new boiler.

A heating device designed to produce hot water and central heat, which can be powered by electricity, gas, oil, or solid fuel.

An insurance plan that covers the cost of fixing and maintaining your boiler as well as your central heating system.

A type of boiler cover plan that covers just your boiler and its controls.

A pipe that is used to remove the poisonous gases released by the boiler.

A home visit by a heating engineer.

An autonomous non-governmental organisation empowered by the Financial Services and Markets Act of 2000, to supervise the regulation of financial products.

A payment plan is used to outline the amount including the time for you to pay for your boiler cover.

The notice sent by your policyholder reminding you to renew your policy.

A type of boiler cover plan that covers your boilers, its controls, as well as the central heating system.

Like
boielr insurance, boiler service Boiler cover explained : How to choose the best one 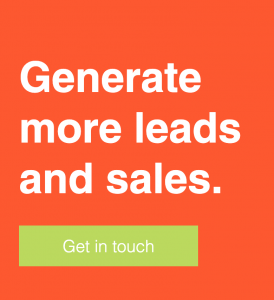